Hunting in Senegal – Between Baobab, facori and sand grouse

The Mother of the world, after man creation and all the beauties of creation, she realized that some areas were less luxuriant than others: Africa in particular.

So, from his basket, she took a handful of trees that he had not yet given to man and threw it on the ground.

Unfortunately, the trees planted themselves in the earth in reverse, throwing their roots skyward. And Senegal, more barren than other African countries, was given a greater number of them.

If you have ever been to Senegal you certainly cannot forget its baobabs and land rich in wildlife. 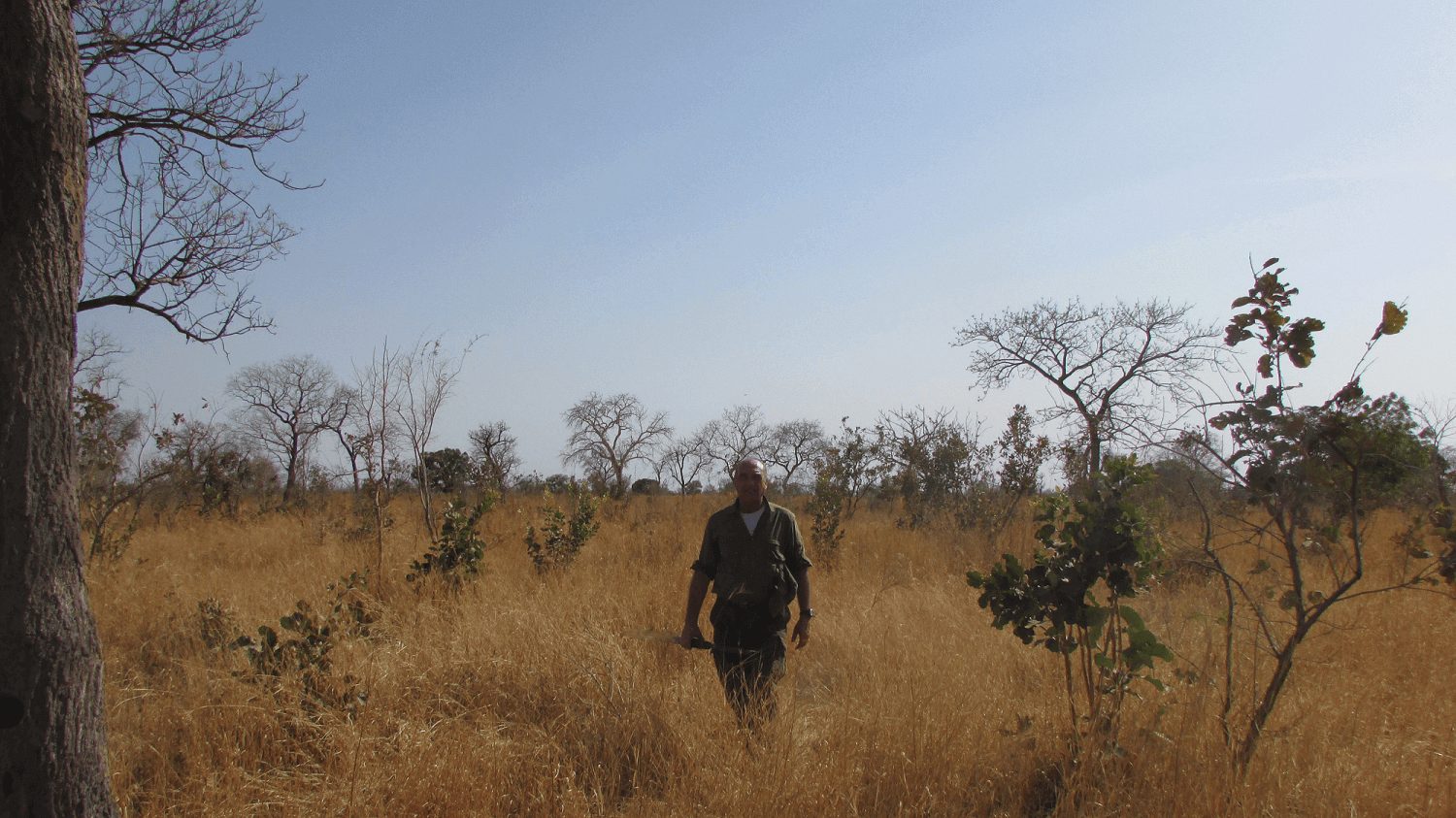 “After a few hours of flight from Italy, you arrive in Dakar. Located on the Cape Verde Peninsula, it brings to life distant moments in time with its colonial air and the vestiges of the French presence: the beautiful building of the chamber of commerce, the railway station, the “deco” buildings, and the tree-lined boulevards that once must have been orderly.

I know well that it could be something better (not much actually) but I always choose the Hotel Lagoon 2 because it overlooks the sea right in front of the island of Gorée, the island of slaves, just two kilometers from the coast with its narrow streets, a small fortress and the famous “Maison des eclaves”, the house of the slaves, on whose stairs some millions of unfortunates sold as workforce in the various colonies passed. 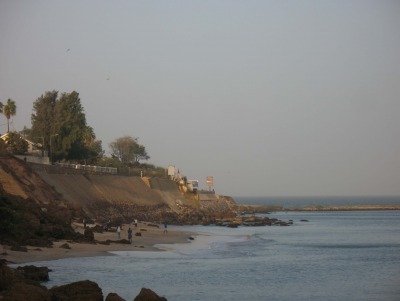 Next to the hotel, always overlooking the ocean, there is the Lagoon 1 restaurant, famous for its fish dishes to be served with excellent French wines.

At seven the off-road vehicle that will take us to Kedougou arrives, on the border with Guinea, on the Gambia River, where our friend Djibril Dioum is waiting for us in his reserve of 100,000 hectares bordering the Niokolo Koba National Park.

You could take a small airliner from the capital to Tambacunda, just to shorten the journey by car, but we prefer the four wheels to the wings of the local airline …

Late at night, after a stop in Kaolak for a decent pizza, we arrive at the camp where a sleepy yet festive Djibril welcomes us: “Demain on vapartir a six heures”!

The next morning, the expanses of tall yellow grass welcome us in unbearable heat as early as six in the morning, but the first flights of “double spoor francolin” make us digest even the high temperature.

After the first settling pans, we begin to enter the day and embody a few dozen of these incredible flyers. A couple of rare rock partridges – poule de roches – little bigger than a quail also fall.

After lunch and a rest comforted by the air conditioning of the cottage, we leave for the lake that will be the scene of waiting for the turtledoves and the “ganga” (sand grouse). 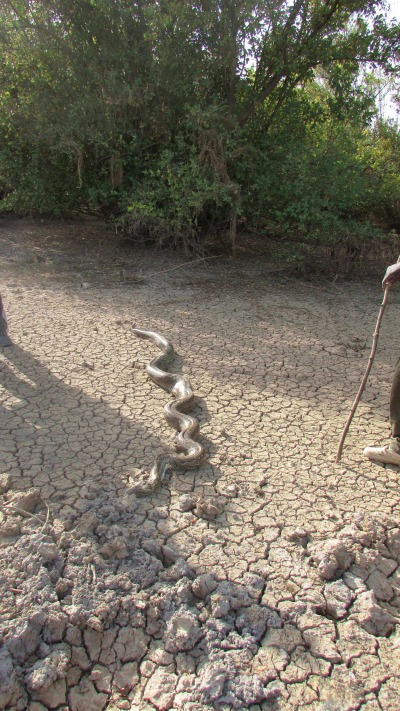 As soon as I arrive, I am the actor of a singular experience that will remain alive in the backpack of memories: I am attacked by a huge python, more than four meters long, which hurls itself towards me, blowing and showing its teeth with its mouth wide open.

Thanks to a certain habit of charging an animal, I do not lose heart and let my 12-gauge over-under thunder which sends the number 8 pellets into the monster’s jaws, knocking it down.

The “legitimate defense” witnessed by the park ranger prevented me from incurring penalties since the python is a protected animal.

Arriving at the lake, a huge flock of turtle doves at the water makes us burn a considerable number of cartridges between sensational errors (you know, the very fast flight of the pigeons contemplates them and excellent shots, until the moment in which the “ganga” become masters of the sky and replace the “streptopelia”.

Their smoother and regular flight allows us to make fewer mistakes and to obtain an excellent game bag. 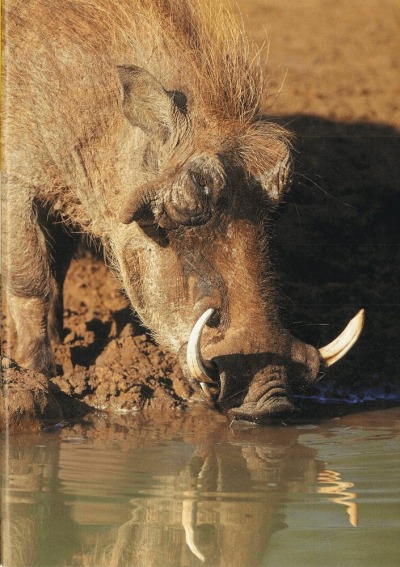 Another couple of days of bird hunting, then off to the “grand gibier” area where hundreds of warthogs compete for territory with ” leguibeharnachè” (harnessed bushbuck), the roan, which here they call koba, the buffalo of savannah, smaller than the Cape one but just as aggressive, the red hartebeest (bubal) and the small duikers typical of West Africa.

It will be here that I will be able to obtain “le grand pére de tous le phaco” as my “pisteur” defined the old warthog conquered with a nice action on the track.

We follow the numerous tracks of warthogs, Madì, the tracker, in front and I just behind.

Suddenly my guide stops and points to a herd of pigs, females and some young swine, which I do not pay attention to with a certain disappointment of the tracker.

Madì accept this  and continues the search until he stiffens and whispers: “a big boy over there …”

I see it a hundred meters away, a gray spot that stands out on the ocher earth dried by the sun: it is snuffling and not aware of our presence.

I lean on the stick prepared for me by the pisteur early in the morning after having remove bark from a small tree and I let go of the shot of 378.

A dust cloud and high-pitched screams make me understand that I have hit the target, which however I see fleeing towards the thick bush… That was not so great.

We reach the place where the warthog was hit and some traces of blood show us the direction taken by the wounded. After a few hundred meters I see the animal crouched under a bush. I check the wind and get closer.

The grandfather of all warthogs starts again and from a short distance, I hit him with the 270-grain bullet: the first shot had hit him in the back, but it was enough to slow his escape.

At the weight it will be one hundred kilograms, a real monster for the species, and its fangs are now showing off in my memory room. 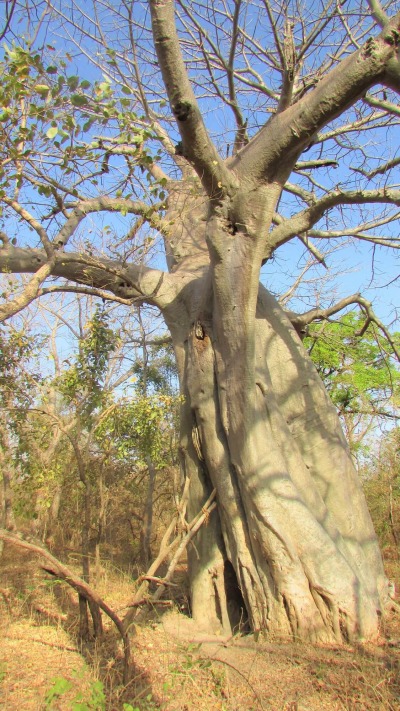 At the meeting point, where friends have also unloaded their prey, we cool off with the excellent “Gazelle” beer, amidst the tales of hunting and laughter.

Every evening, when the hunt was over, before returning to the camp, it was compulsory to go to the forestry offices to have the yellow hunting license stamped.

A wonderful experience of mixed hunting, with feathers and big game, in a magnificent setting even if warm (35/40 degrees), watched over by the baobabs with their welcoming, long arms and warmly welcomed by the population.

The last hug to Djibril (who would come to visit us in Italy a few years later) before departure, a last lap in Dakar with a soundtrack by Youssou N ‘Dour, and a goodbye to the horrible monument to African rebirth in the Al Madies neighborhood. A bientôt Senegal! ”

Senegal is the ideal place to experience an exciting mixed hunting experience, thanks to the very rich wildlife that pushes hunters beyond their limits and fascinates them thanks to the spirit of adventure that characterizes it!

Live your passion together with Montefeltro and discover our programs for your hunting adventure in Senegal. Contact us HERE! 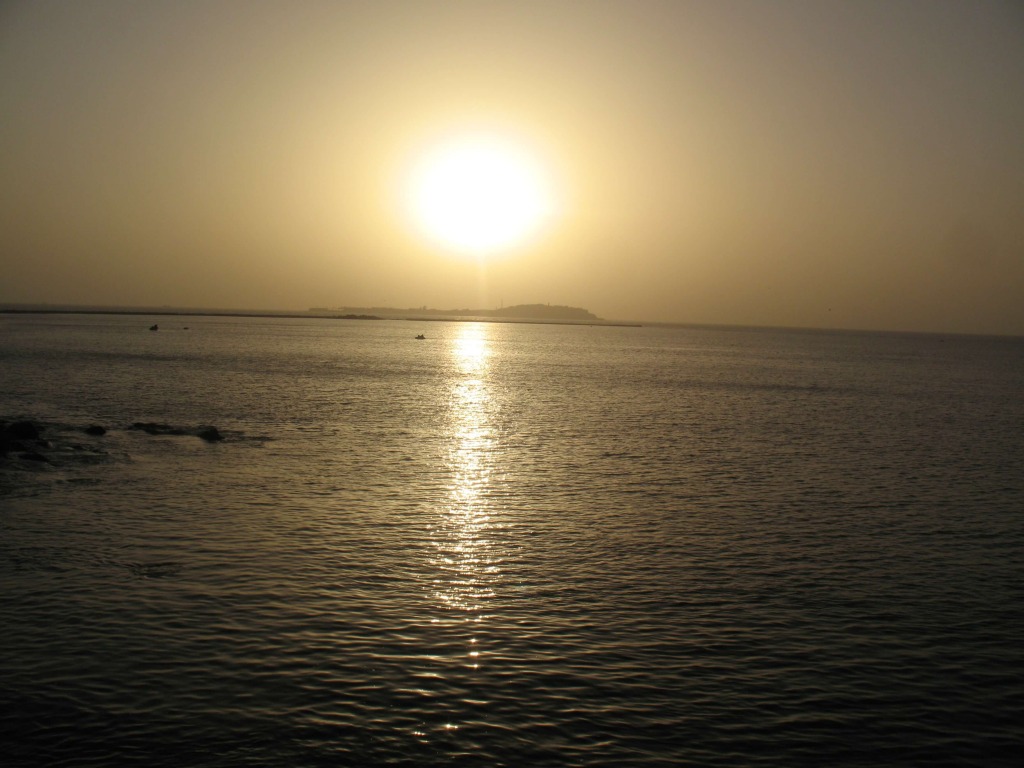