Father’s day: give a day of hunting!

We are close to Father’s Day, an opportunity to give special thought to your dad and remember the good times spent together.

For those who are keen hunters, one of these beautiful moments could be a day of hunting.

If you are looking for a special gift for your father then, what could be better than a hunting day perhaps to spend together to share this passion? 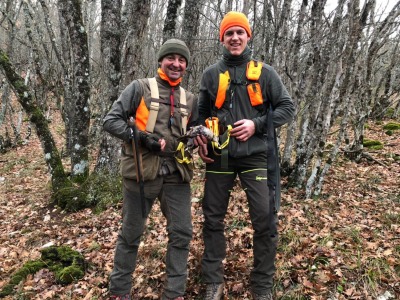 Discover our proposals and choose the one that suits best your dad: if he is a lover of hunting with a dog, you can spend a hunting day in the reserve, if he loves big game hunting, you can give him a trophy of roe deer, wild boar or fallow deer or if he is a mountain hunter can spend a weekend hunting chamois in the Piedmont Alps.

The love of hunting is often a family tradition, which is handed down from father to son.

Often, from a very young age, children spend hunting days with their fathers, immersed in nature, in an environment that allows them to create a connection, a special bond.

Luca shared with us the memory of a day of hunting in the mountains spent with his son.

“You will forgive me for the blues, but I think of you against the light …”: a great Genoese singer-songwriter thus stared at the moment that arouses nostalgia, the memory of shared happy times.

On our Alps, silhouetted against the sun, it is the figure of my son who once again – actually after a long period of absence – accompanies me on a chamois hunt.

Many times it has been talked about how rewarding it is for a hunter to share this passion with his child, but each time it is a different emotion, which lives only in a moment – it is true – isolated and capable of comforting us, however, in moments of absence.

Dawn sees us together under a fir to shelter us from two drops of water, incongruous in the blue sky ready to welcome the explosion of the sun. A passing cloud to sprinkle luck? Maybe!

We climb up along the hunting trail with Mauro in front, to guide our steps towards the area where the lonely old female chamois has been hanging out for a long time: that is the head assigned to us together with a mature male chamois.

The valley that opens suddenly from behind a curve reveals the presence of a female chamois with a yearling; further down another group, all females, that at the first sign of our presence leave quickly and stop on the edge of a meadow to look at us.

Alli is already lying on the ground, with the rifle resting on his backpack, but no animal is of the level assigned to us, and there is no old female chamois.

We leave talking in gestures, and again I look at him with the pride of a hunter father who has seen his son put into practice the teachings in hunting: speed and determination in preparing himself for shooting, in a silence necessary for the result and respectful to the hunting place.

A distant shot from a rifle tells us that someone has already caught his luck, and we, encouraged by this signal as well, continue the journey among meadows and mid-altitude fir trees. 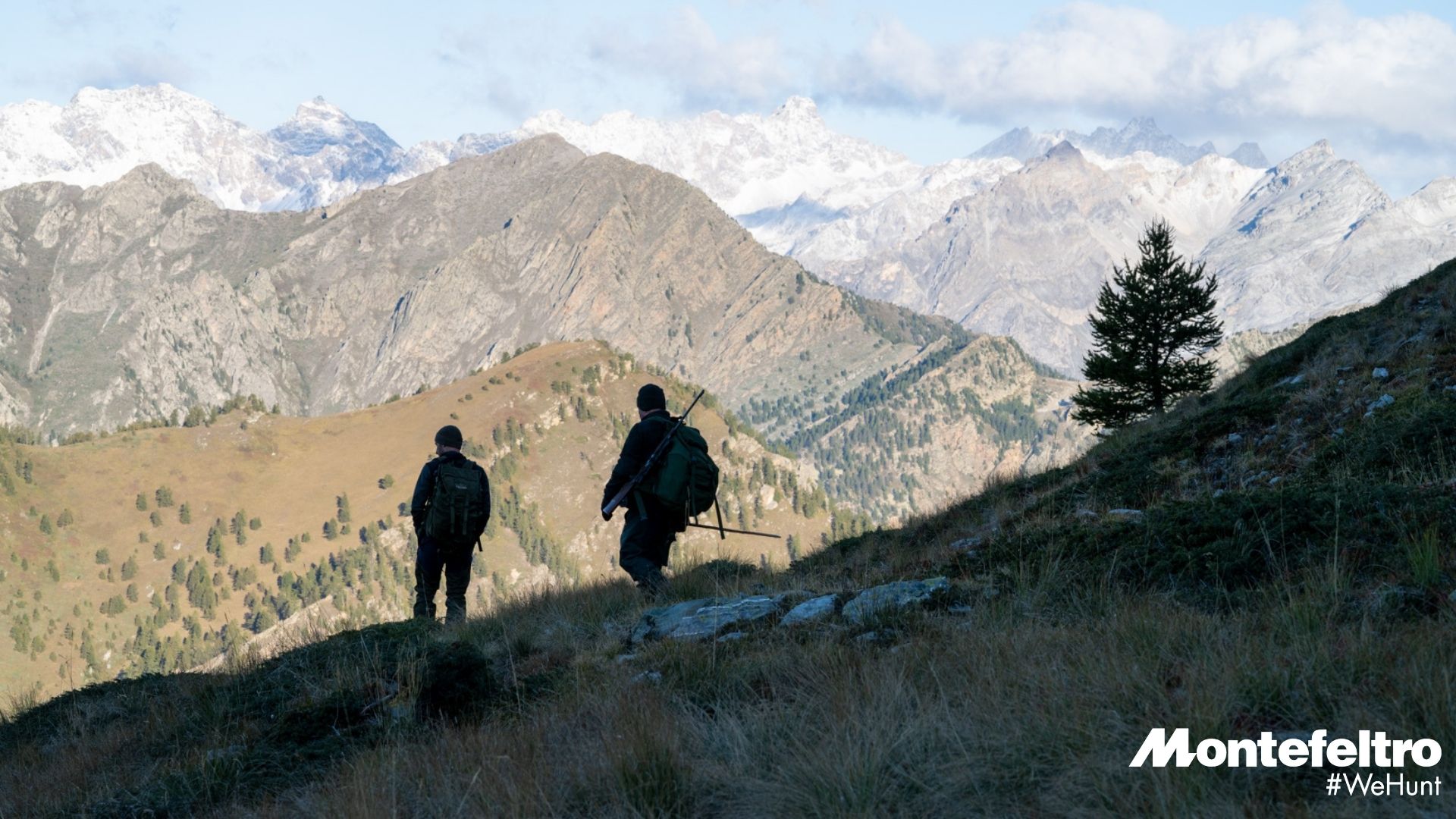 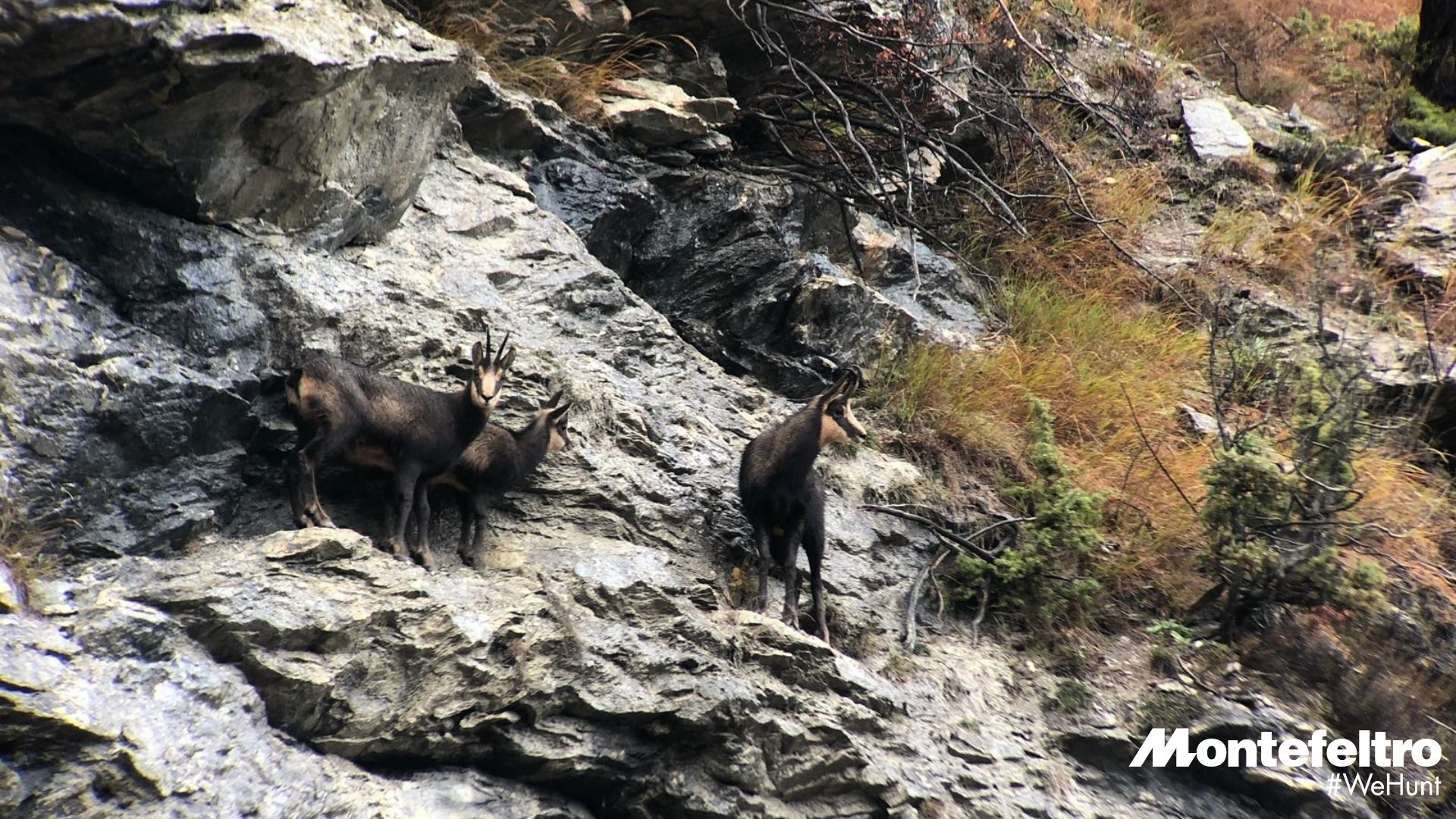 Again a solitary female chamois: it could be our “camozza”, it seems mature and in line with the sample, but Alli, this time, lingers more than necessary in adjusting the magnification of the telescope and loses the moment: the animal, under a hundred meters, he saw us immediately and gives us no chance to end the hunting action.

With a smile on his face, with no signs of disappointment, my son gets up, removes the bullet from the barrel of the rifle, and starts again, sure of better luck later in the day: a good test of “hunting maturity”, which further gratifies me.

Late in the morning, even after numerous encounters, we have not yet concluded. The sun is already high and the heat is felt as we walk along a steep stony ground that reaches the edge of an open valley.

On the edge, a slab of granite seems to have been placed on purpose to lie down on it. A nod from the guide invites us to accelerate. Just below in the valley, are two more adult chamois females: one is our “camozza”. 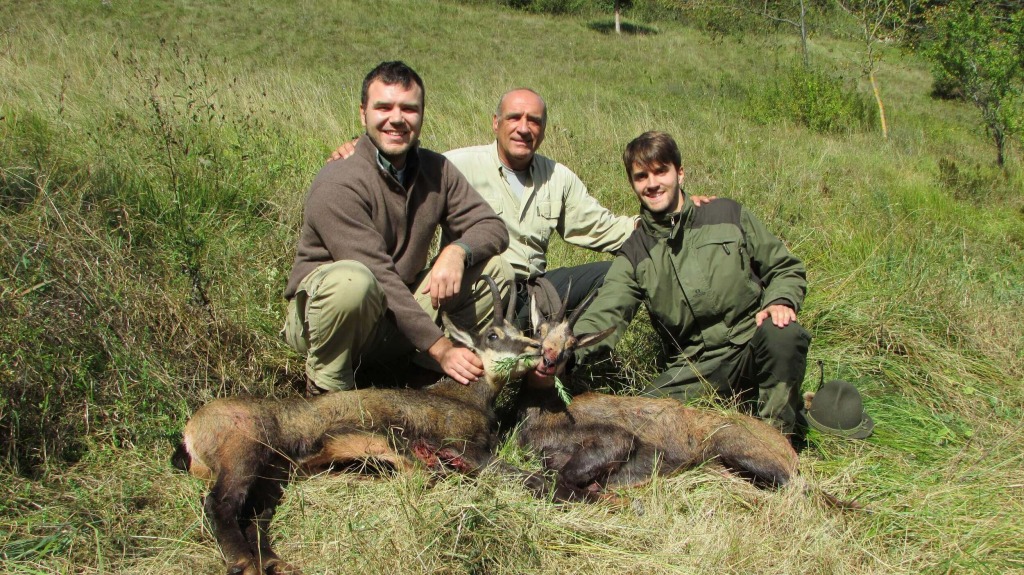 On the rock platform, Alli has already spread out his jacket and placed the rifle on his backpack. Lies down. A few moments and the rifle shot extinguishes the beautiful elderly queen on the spot: the horn rings mark fourteen years spent in the mountains.

What joy in the composed embrace: not a scream, not a gesture inadequate … But, damn it, where did you learn to hunt like this? We haven’t been dating for too long.

Beautiful, a beautiful day of hunting to put in the backpack of memories. Reason for enrichment and confirmation of my son’s hunting growth is that I still look against the sun with that “blues” thread that has to be forgiven. 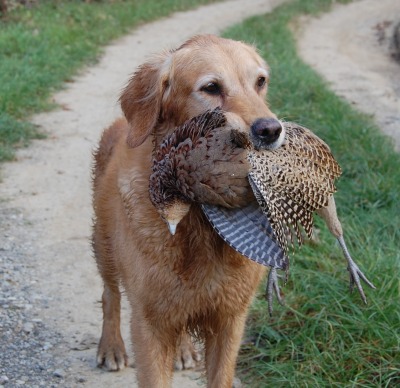 And you? Do you have a hunting episode with your son or father that you remember fondly?

If you feel like spending a father-son hunting day in honor of Father’s Day, organize a hunt with him in one of our reserves!

What are you waiting for? Request a program and contact us HERE!