Bear hunting: where to experience this fantastic hunting adventure?

Do you love to travel and discover new areas in which to practice your rifle hunt? If you are looking for a new overseas hunting experience, don’t miss the black bear hunt in Canada!

Canada, with its enormous territorial extension and low population density, is to be considered a real paradise for hunters, both for small and large game. But certainly, black bear hunting in Canada is one of the most exciting and evocative hunting experiences you can experience in North America. 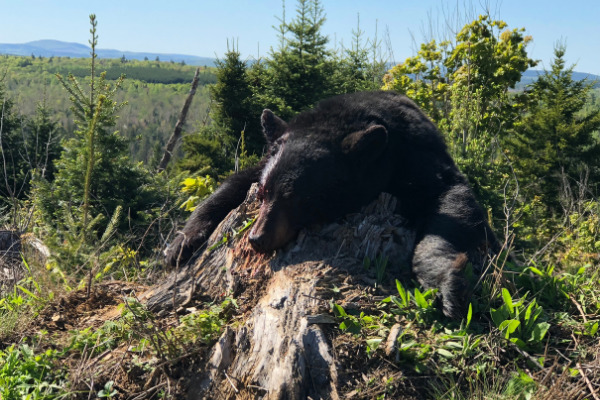 Where to live an unparalleled experience of hunting black bears in Canada?

The black bear, or Baribal, is the most common bear in North America. It is hunted throughout Canada, from British Columbia to New Brunswick, from Ontario to Québec, mainly in wooded areas. For more specialized hunts, such as brown bear hunts, you have to move to very extreme areas such as, for example, Alaska and the Kodjak peninsula.

The black bear is, together with the moose, the animal symbol of New Brunswick, the province located in eastern Canada characterized by its wild nature and rich in rivers and forests. 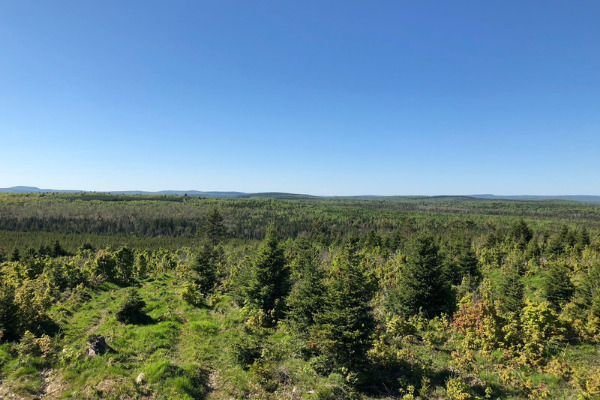 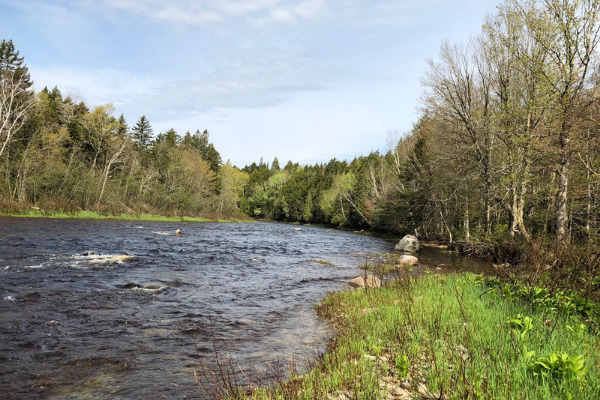 How does the black bear hunt take place?

Black bear hunting takes place mainly at the bait. Hunting times usually range from late afternoon until dark. The bait generally consists of stale bread, old cakes, or sweets sprinkled with molasses that are closed in a bin that the bear overturns to feed. The barrel, usually an oil barrel, also serves to determine the size of the trophy. In fact, if the four-legged bear is as tall as the bin, it is to be considered a good trophy.

The hunter remains locked in a “blind” which is about 30 meters from the lure. In absolute silence, we wait for the bear to approach the bait. The use of perfumes or deodorants that could reveal the presence of the hunter is not recommended. 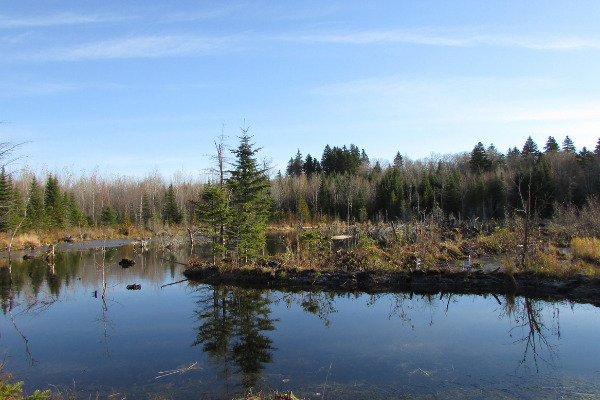 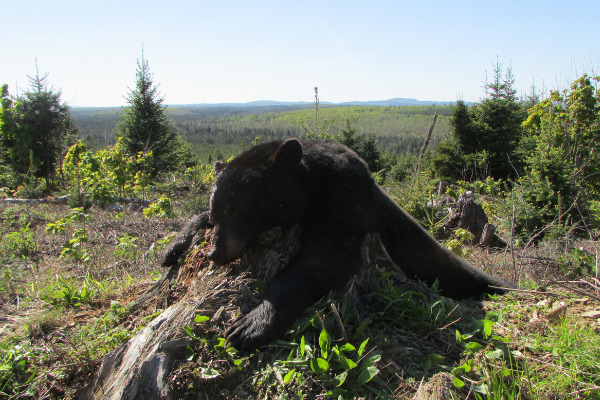 For black bears, calibers between 270 W and 300 are more than sufficient because of the small size of these bears and the fragility to the shot. For brown bears, such as Kodjak and Grizzly, a good 375 HH, as a minimum caliber, is ideal.

A few black bears on the edge of a forest and a raccoon disappears beyond a bush while the babbling of the rivers is the soundtrack of the hours in the open air. As we walk along the long dirt road that separates the real wilderness from the semi-inhabited portion of the area, we meet, driving his tractor, one of the farmers near our cottage. He beckons us to stop and asks us, since we are hunters, if we can make free his farm from the nocturnal raids of a stubborn black bear that every night scratches the door of the warehouse in an attempt to enter and reach the provisions packed there. Said and done: the P.H. unloads me at the cottage and runs to prepare the bait for the mischievous bear with the usual ingredients: bread, old cakes and molasses. At about five in the afternoon I enter the “blind” and chase my thoughts to deceive the wait, while the wind blowing towards me brings the scent of the greedy bait that is under the metal bin. A couple of hours later, still in full sun, I glimpse, among the bushes at the edge of the clearing, a dark rump that moves in the direction of the bait. It is precisely the bear we were looking for. I recognize it from the size and the cocky behavior with which it advances towards delicacies: only a young and reckless bear can show up so quickly and without using the slightest foresight in approaching the bait. The bear starts with a marshmallow and gulps it down quickly, then, again, stands up on both legs offering me his chest.

I decide to shoot and the 270 Winchester does its duty: the black bear is now lying near the bin victim of his gluttony. We stop in front of the farmhouse: everyone goes out to look at the enemy of so many nights. A granny approaches me and hugs me: “Thank you so much, sir, you are my hero!”.

Sometimes we are heroes even for small businesses! “

If Luca’s experience of hunting black bears in Canada intrigued you and you would like more information, do not hesitate! Request a program by contacting us HERE!